Learn the basics of basketball from how to hold, dribble, and pass the ball. Players work with a small basket to practice the fundamentals of shooting! Emphasis on passing, shooting, and dribbling. Games are introduced to develop physical, social, and motor skills to instill self-confidence. Dribble, Shoot, SCORE! The 9th - 12th-grade league is the only non-high school league in the Pittsfield area. This program is aimed at high school-age students not playing for high school teams in and around Pittsfield.

We recognize that coaches are the people who most directly make this all possible. It is our goal to provide every coach with the tools to succeed as a positive coach. We are committed to creating a positive culture in which coaches, parents, officials, and athletes work together to achieve our mission.

Use the tools to the left to filter by Location, Days of the Week, Time, Date Range, Birth Date: 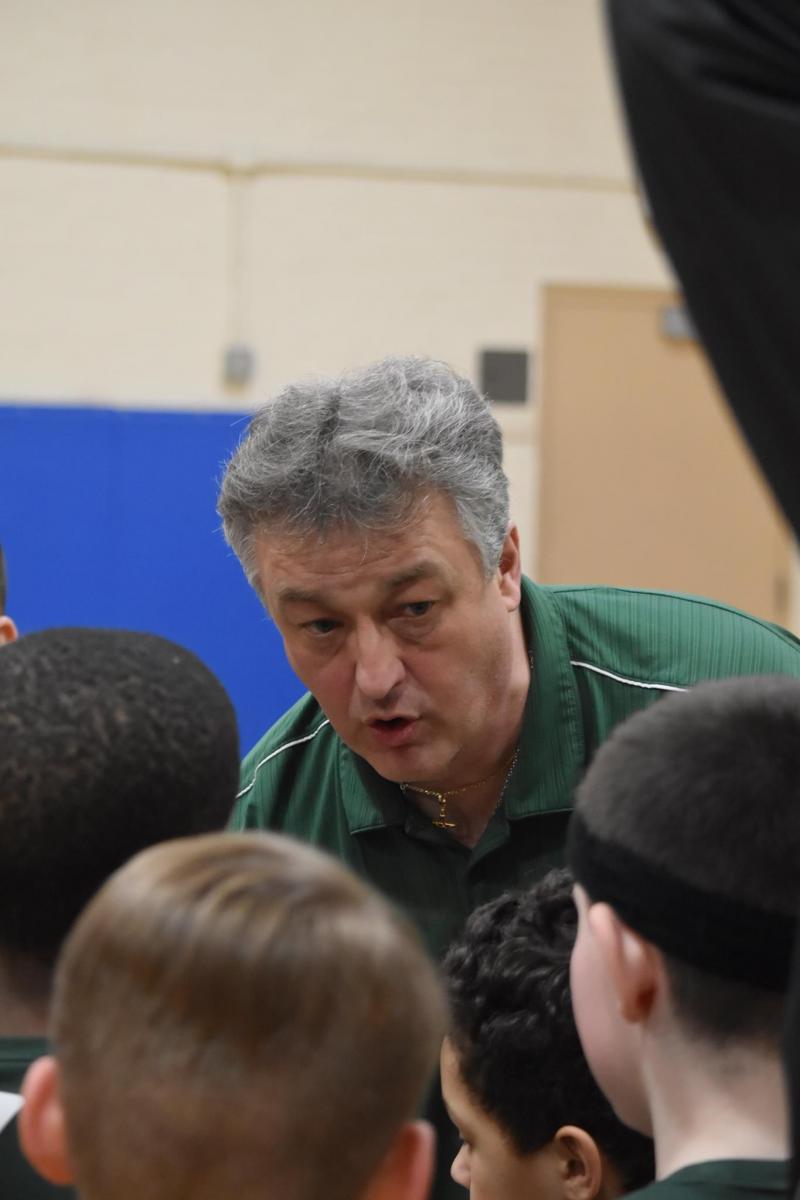 Are you enthusiastic, positive, and committed? Do you enjoy working with children? WE NEED YOU!

Volunteer coaches needed for our youth programs. In your role as a volunteer coach, you will work with our youth program members on skill development, safety, fair play, sportsmanship, and fun! The right candidate possesses organizational skills, patience, maturity, and dependability, along with sound character, strong morals, values, and personal ethics. CORI checks are required.

Demonstrating a positive attitude Players, parents, and coaches are expected to show a positive, respectful attitude for everyone involved in the sport. Criticism and disrespect for officials, opponents, coaches or fans undermine the purpose of sport and encourage behavior contrary to the spirit of the game and the mission of CYC.

Setting a good example Each person associated with CYC is accountable for his/her own behavior at all times on or off the field of play. Parents, coaches and other adults should remember that children learn by example - it is up to the adults to set good examples. CYC will not tolerate conduct that is detrimental to the sport, the participants, or the community. Such conduct includes: Vulgarity by coaches, players or parents; harassment or belittling of officials, coaches or players; verbal abuse, threats or physical violence toward anyone before, during or after a match; and the taunting of opposing players, coaches and parents. We require thorough self-restraint by all participants - both players and adults. Teams must exercise appropriate control over those who fail to control themselves. 3. Maintaining good relationships Officials - The referee's job is a difficult one. All referees are human and they do make mistakes. Parents or players who believe their team has been treated unfairly or has been assigned an unqualified referee should speak to their coach after the game. Coaches should inform the appropriate league officials about blatant officiating problems. Managers should make reports through appropriate channels, including email where available. In accordance with IAABO laws, verbal abuse toward a referee can result in a technical foul and possible ejection for the player, coach or parent. Referees have the authority to suspend play if a coach does not control his players and parents/supporters. Opponents - Players and coaches are required to maintain a sense of fair play and be respectful of opposing players, coaches and fans at all times. Sportsmanship begins with respect. Without it, the positive competitive environment, which should be a perfect classroom for learning the values of basketball, is completely undermined. Occasionally we will encounter opponents who do not share our values and high standards. If we allow ourselves to be drawn down to their level, we will have lost regardless of the final score. OurOwn Team - In an environment where our children are competing not only against other teams but also frequently against each other, it can be difficult to control jealousies and rivalries. A successful team resembles a family in that members put their own needs second, behind the greater good of the team. Great care must be taken not to undermine the coaches’ authority. As in most cases, parental example is all-important. Player's Code It is a privilege to play on a basketball team. As a CYC player, I will: · Play the game for the game’s sake, and not just to please my parents or coach. · Be modest and generous when I win and gracious when I lose. · Respect the game of basketball and its laws, learn these laws and try to follow them, and play the game fairly. · Work for the good of my team and give my best effort at all times. · Show respect for the authority of the referee, even though I will sometimes disagree with his/her calls. · Show good sportsmanship before, during, and after games. I understand that basketball is a game, and that the players on the other team are my opponents, not my enemies. · Conduct myself with honor and dignity and treat other players as I would like to be treated. · Help my parents and fans understand the laws of the game so they can watch and enjoy the game better. I will be sure they understand that dissent is not permitted in travel basketball leagues. · Control my temper and not retaliate, even if I believe I have been wronged. · Not use or possess tobacco, alcohol, or illegal or performance.

Parent's Code As a parent, you play a special role in the development of your son, and of his teammates. Your encouragement and good example will do more to ensure good sportsmanship and self-discipline than any other influence. The other team is the opponent, not the enemy, and should be treated with respect. While winning is important, playing well and fairly is the essence of the game. 1. Support your child by giving encouragement and showing interest in his team. Help your child work toward skill improvement and good sportsmanship in every game. Teach your child that hard work and honest effort are often more important than victory. 2. Always be positive Children learn more by example than by criticism. Work to be a positive role model, and reinforce positive behavior in others. Applaud good plays by others on your child's team as well as good plays by the opposing team. Do not criticize any child’s performance from the sidelines. Accept the results of each game. Teach your child to be gracious in victory and to turn defeat into victory by learning and working toward improvement. 3. Don't be a sideline coach or refRefrain from coaching or refereeing from the sidelines. Parents who shout or scream from the sidelines often give inappropriate advice at the wrong time. The coach should be the only sideline voice. Remain well back from the sidelines and within the spectator area. You and your child will both enjoy the game more if you put some emotional distance between yourself and the field or play. Officials are symbols of fair play, integrity and sportsmanship -Do not openly question their judgment or honesty. 4. Demonstrate a positive attitude toward your opponents and their families Opponents are not enemies. Take care to show good hospitality at home and to represent Berkshire Basketball in a positive way when visiting other leagues. Never allow yourself to be drawn into a verbal disagreement with opposing parents or coaches. No one has ever regretted letting “cooler heads prevail.” 5.Remember that your child wants to have fun Your child is the one playing basketball, not you. Children must establish their own goals - to play the game for themselves. Take care not to impose unreasonable demands on your child. Let your children experience the fun of playing as well as the challenge of excelling. I/we will set a good example to my/our child in his basketball development by adhering at all times to the following: • We will not criticize the referee openly or directly, during or after games. Any criticism shall be done in writing, sent to my manager and my club representative, not verbally. • We will give only positive feedback to players. • We will cheer at all games within the spirit of fair play and shall do our best to cheer the effort regardless of the outcome. We will be mindful in “lopsided” game where cheering our own “winning” team might be misunderstood. • We shall do our best to teach our players to become students of the game. • We shall show the quality of our sportsmanship during and after each game and help our child remembers to thank the referee after the match without regard to the result. • We shall do our very best to have our child prepared for every game. • We shall support the learning efforts of the players, the coaches, and the referees by demonstrating our patience. • We understand that improper behavior at a game may result in a parent being asked to leave the court by the referee or the CYC, so the coach does not receive a technical foul or an ejection due to the action of the parent spectator. • We shall leave the coaching to the coach during the game. We shall not give our child instructions during the game. • We understand that the leagues can, and will if necessary, suspend our individual privilege to watch our child play should we behave in a manner that is rude or otherwise offensive. • We agree to do our best to have as much

Berkshire Family YMCA is a 501(c)(3) cause-driven nonprofit organization whose mission is to put Caring, Honesty, Respect and Responsibility into programs that build healthy spirit, mind and body for all.